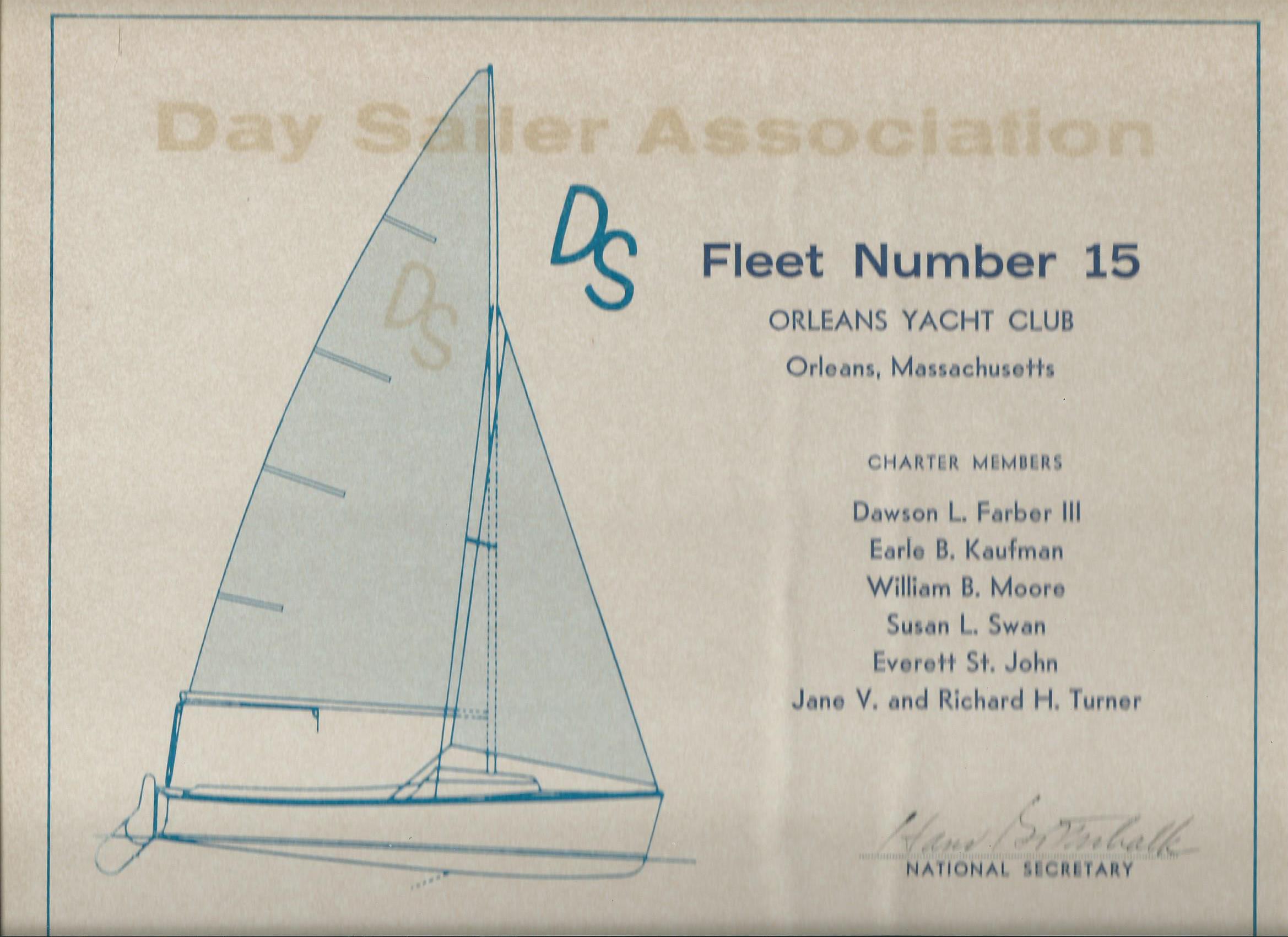 The Daysailer class is defined by the DaySailer Association. The original and longest production run was with O'Day DaySailer I 1957-1972 and O'Day DaySailer II 1971-1984. The O'Day Daysailer III made from 1985-1990 does not meet class rules and cannot be raced in this class. The Daysailer I design has been made by a half dozen other companies over time and is currently being made by Cape Cod Shipbuilding.

Currently there are five regular skippers who sail with Fleet 15 and a few occasional sailors. The OYC owned daysailer is available for OYC full member use and has been raced occasionally. Some skippers need crew from time to time so if interested in crewing contact someone in OYC adult racing leadership. The fleet has dwindled from nearly a dozen skippers and boats in prior years due to members aging out, moving away, or having health issues (their own or relatives). The fleet remains viable and continues to race and hopefully can rebuild to greater numbers.

The summer daysailer race schedule consists of Sunday afternoon races from June through end of August. There are two to three race series in the summer. Each series consists of three or four race days with at least two races per day. Following the race series is a club championship.

Fleet 15 skippers competing in more than 50% of the summer races or who won one of the series are eligible to sail in the Club Championship race held at the end of the summer season.

In most years, the OYC Daysailer Regatta is held in July where, in addition to Fleet 15 sailors, all members of the daysailer sailors are invited to participate. There have been a fairly consistent 9-10 boats participating in this regatta in the last few years.

Every year Fleet 15 also sails their traditional "Old Lady's" race. The winner of this race earns the somewhat dubious privilege of hanging the portrait of the "Old Lady" in a prominent place in their home for the period of one year. The winning skipper also hosts the next annual "Old Lady" cocktail party. The awards pot-luck dinner is held in the evening following the "Old Lady's" race and is open to all those who have participated in the racing program, including committee boat and safety boat volunteers.

Sunfish and Other Classes

The OYC Clubhouse has a plaque with the past OYC Daysailer Club Champions listed. There is no record prior to 1990 though the Club Championship was raced since the 1960s.