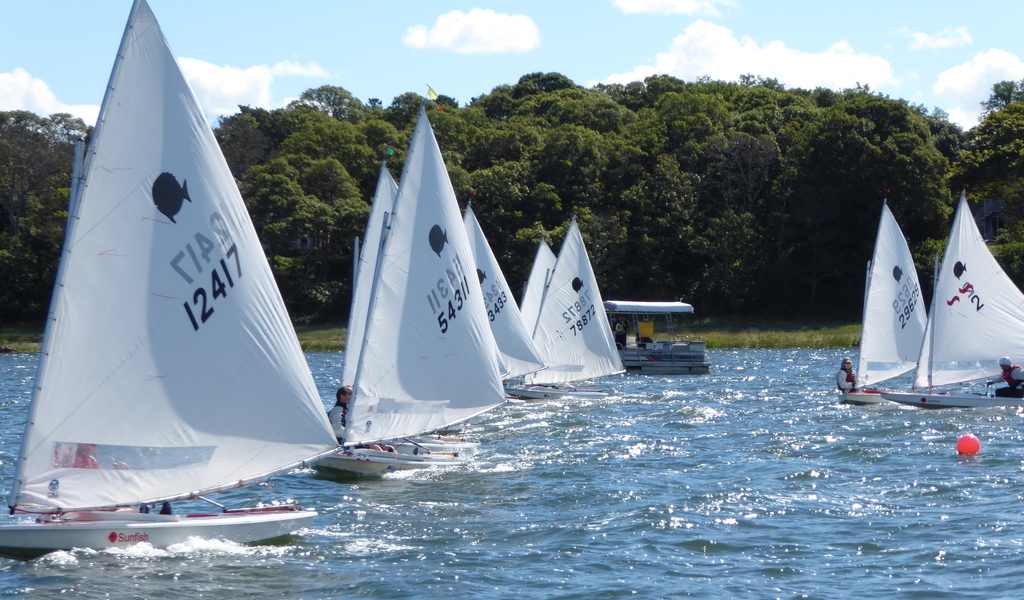 The Yankee Duo Regatta is two one day sunfish regattas run back to back. The two regattas are the Chowder Cup and Just Deserts. There is a discount for racing on both days. The NOR and SI are available through the OYC Notice of Race and Sailing Instructions web page.

About the Yankee Duo Regatta

The goal of the Yankee Duo Regatta is to remain a fun regatta. The regatta doesn't count toward any ranking and falls after most of the competitive sunfish sailing of the season. Held in September in Orleans on Outer Cape Cod, the summer tourists are mostly gone. Off cape sunfishd sailors can enjoy Orleans when it isn't crowded (and more affordable). Another goal is to encourage local sunfish sailors to race their sunfish.

Sunfish sailors can arrive on Friday but due to the large turnouts at OYC Friday night cocktails are discouraged from parking their trailers in the lot until late Friday evening. If staying somewhere with limited parking many OYC members have offered their spare driveway space or yard for parking. Sailors arriving on Friday may attend OYC Friday night cocktails as guest of the commodore. Stop at the name tag table. This works best if you register for the regatta in advance. 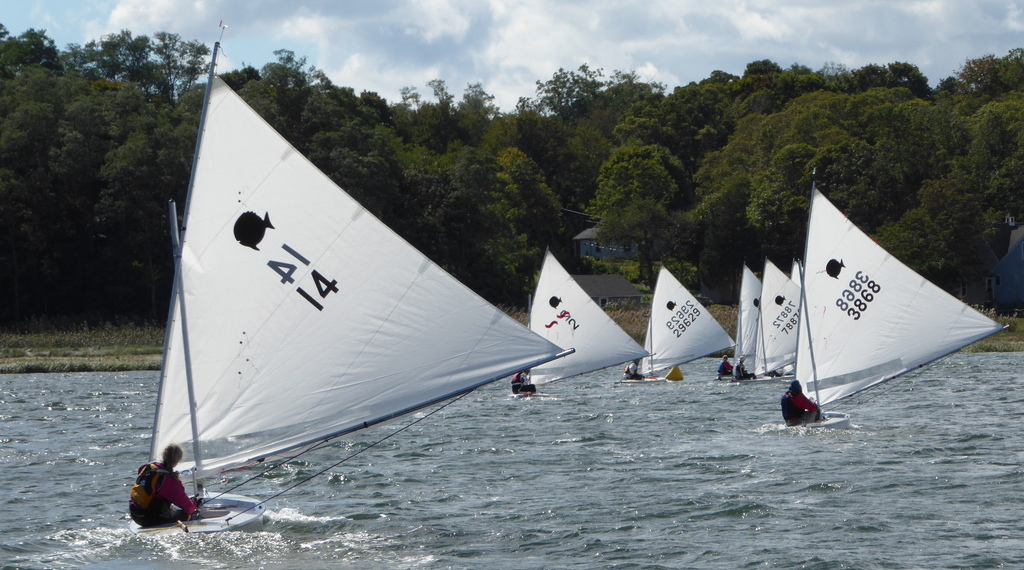 The regatta schedule is provided in the Notice of Race and Sailing Instructions.

A simple breakfast starts early with registration at about the same time. Lunch is provided and in the past has been cold cuts and a few home made salads and side dishes along with two soups, one clam chowder and the other something vegan for those who prefer to avoid clams (last year white bean soup with sun dried tomatoes, carrots, red potatoes, and dill). Dinner is not provided however most sailors meet on Saturday night at The Lobster Claw. A seperate list is maintained at registration so we can make the fairly large reservation.

Starting in 2019 an early registration discount is available. Details are on the Notice of Race and Entry Form. 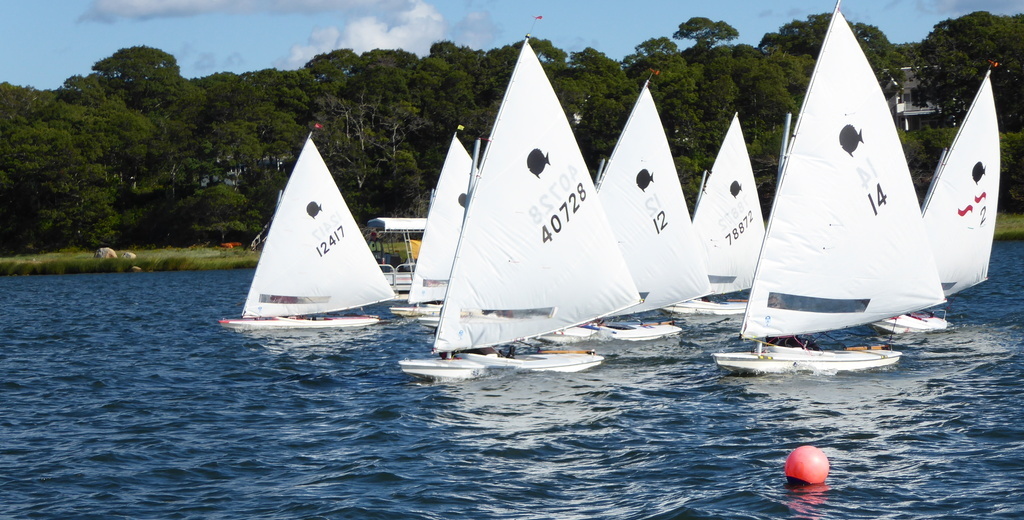 The Yankee Duo regatta started some time in the 1960s as an informal one day event on Pleasant Bay for some Serborn Yacht Club (SYC) sailors. Over the years the Wellesley Yacht Club and the Cochituate Yacht Club helped to run this event which later became a two day regatta with separate trophies on each day.

The Yankee Duo took place at Jackknife Beach on Pleasant Bay until Orleans Yacht Club convinced the organizers, led by SYC to move the regatta to Orleans Town Cove and the OYC clubhouse.

Starting in 2018 a transition began where primary responsibility for the Yankee Duo transitioned to OYC.

The 2018 Yankee Duo was scheduled for September 22-23. September 22 worked out but the wind did not cooperate on September 23. The Chowder Cup races were well attended on Saturday Sep 22 but with wind dying in the afternoon. Sixteen boats sailed six races, three in the morning and three after lunch. The top five finishers were Scott Greenbaum, Bill Brangiforte, Eric Woodman, Alan Beckwith, and Cesar Brea. The Just Deserts races were cancelled due to lack of wind.

The 2019 Yankee Duo was held on September 28-29. The prior year had too little wind. This year had a bit too much for some of the sailors. Thirteen boats sailed on Saturday but nearly half did not start in the afternoon. Six races were held. Nine boats sailed Sunday but two dropped out in the afternoon. Five races were held. The top four sailors in both days were Bill Brangiforte, Scott Greenbaum, Alan Beckwith, and Blair Gatewood. Ken Charles took fifth Saturday and Artur Zembowicz took fifth on Sunday. Full race results are online.

The 2020 Yankee Duo was again scheduled for late September. The regatta was cancelled in early August due to a second increase in new cased of Covid-19 being reported throughout the state and the Northeast region.